Hit enter to search or ESC to close

I helped turn ‘help us put stuff on these screens’ into a cohesive platform for social content, sampling, and so much more.

After the success of the Target GoTube during the 2012 London Olympics, a few more tubes started popping up. One logical spot was right outside Target Field in Minneapolis. The tube also had screens on each end that needed something on them. Makes sense. The images below were concepts that were ultimately not realized. Oh well, on to the next project.

We had a ton of game ideas. One challenge we wanted to solved was multiple fan interactions. We didn’t want just one person playing at once. This game allowed batters to swing, powered by Kinect. We also created a system where other fans could pitch via their mobile device. After their turn at bat or on the mound, guests were sent mobile coupons to be redeemed at their local Target or on Target.com. 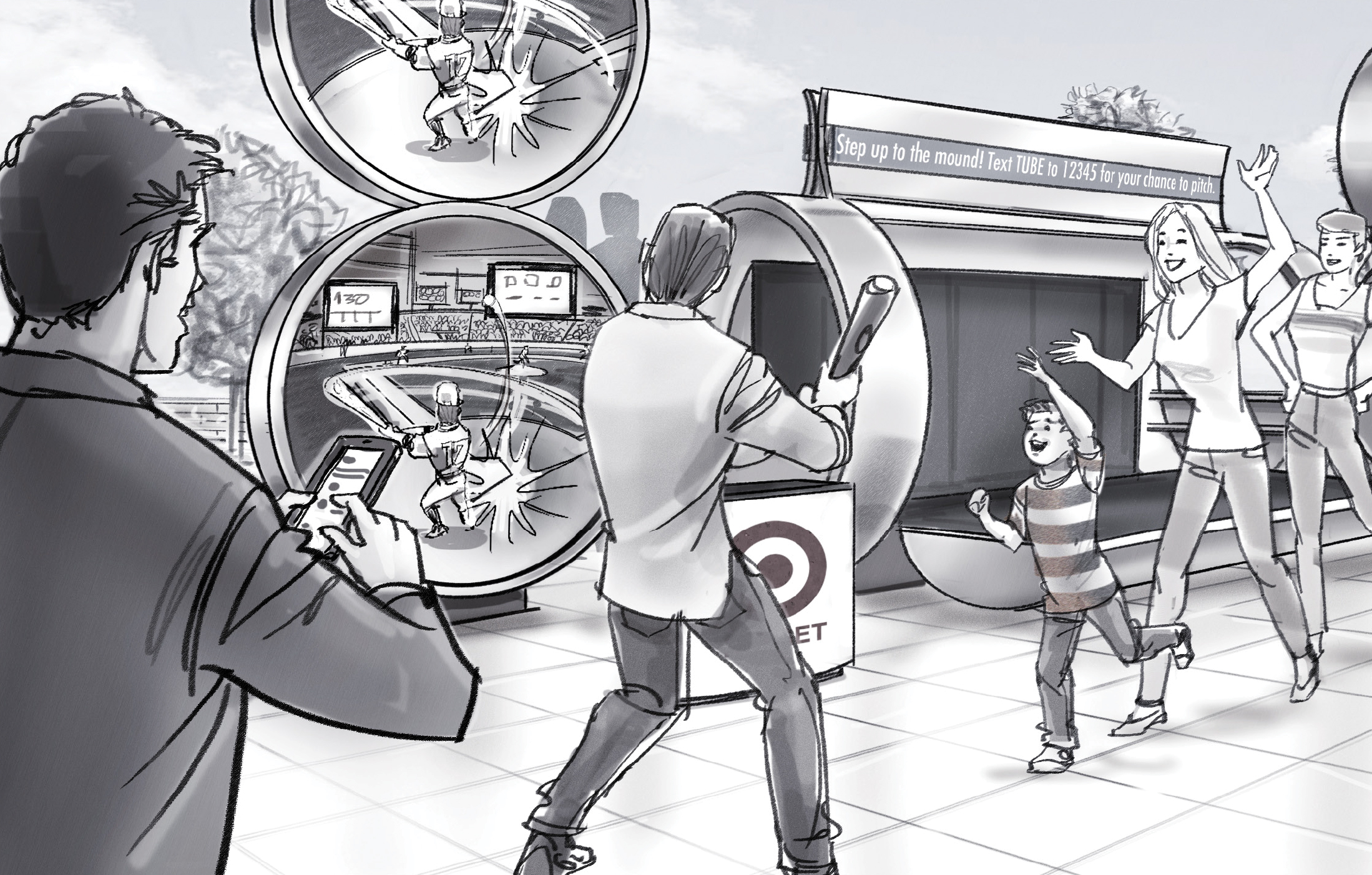 The game Speed Vendor, celebrated one of the best parts of going to the ballpark—the food! This game gave fans the opportunity to try their hand at feeding fans by launching peanuts, Malt Cups and Cracker Jacks in to the crowd with precision. As part of a sponsorship of the Tube, the Speed Vendor game can be customized to include sponsors’ products. We actually created a quick prototype of this game, and it actually worked! 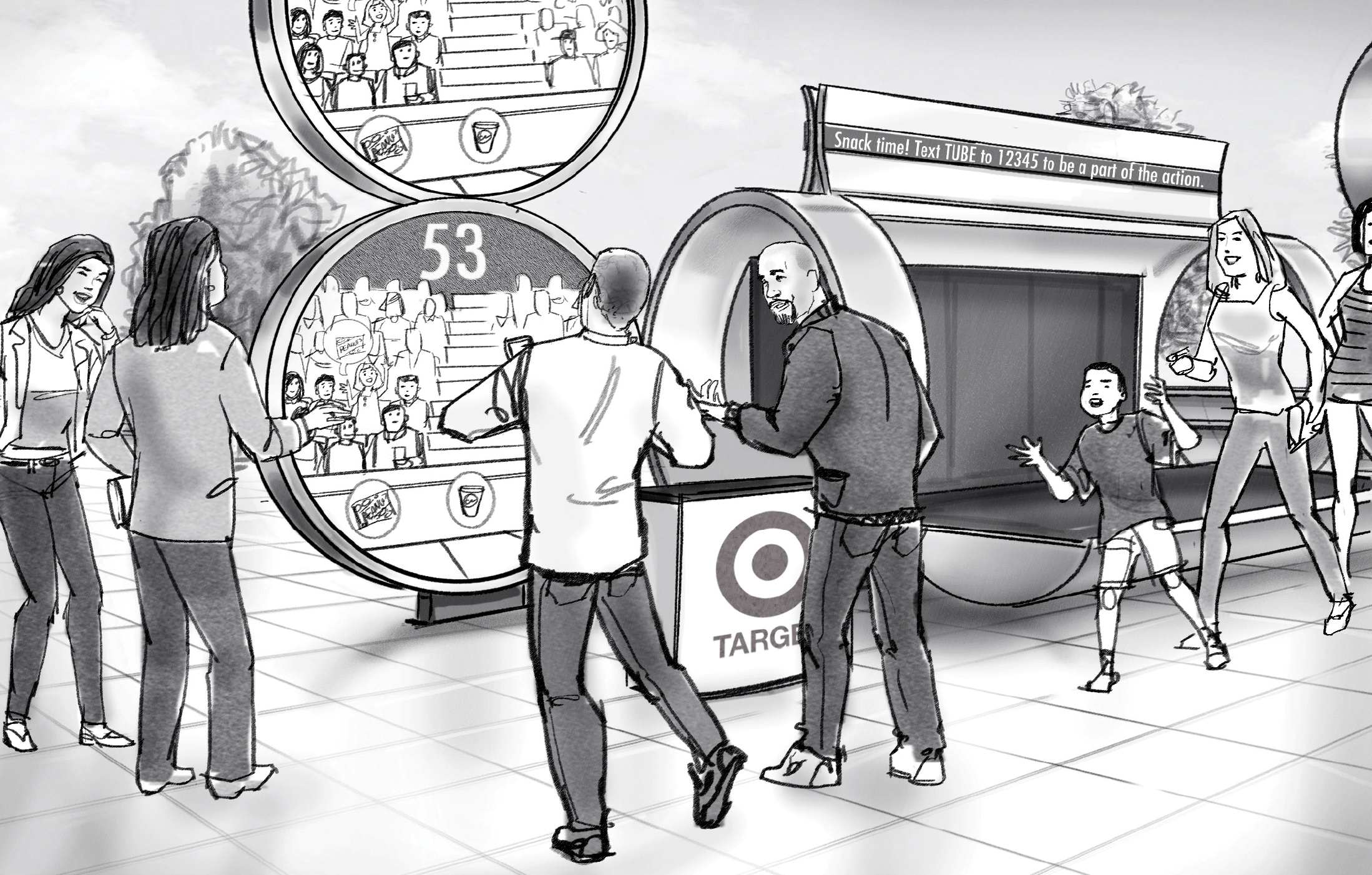 So baseball is long. Some might even say boring. I thought we should do something fun during the game. Throughout the game, guests could stay connected with the tube, playing trivia against other fans for prizes. Winning guests were invited to come to the Tube post-game to collect their prizes. 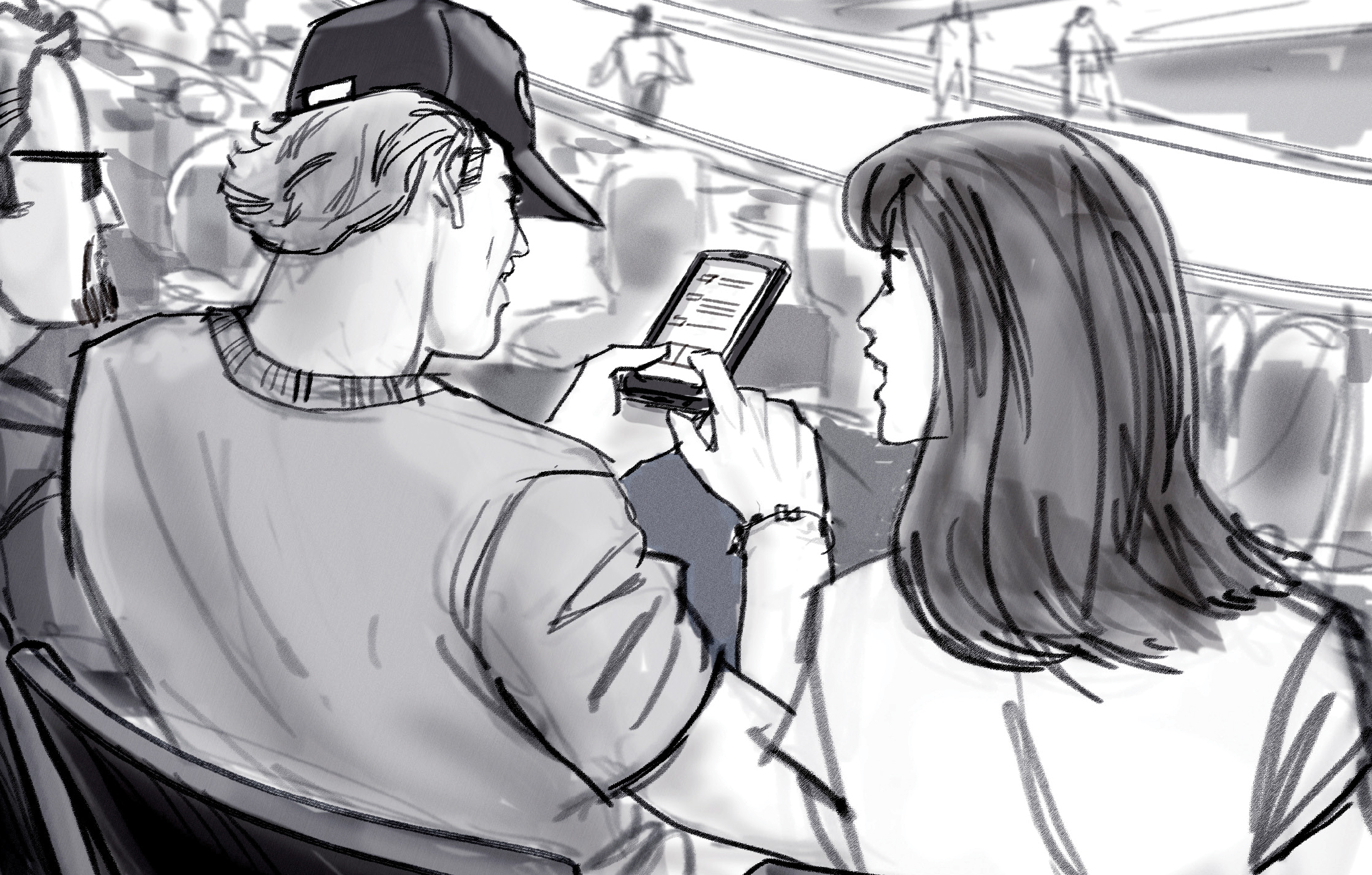